Why invest in Greenwich 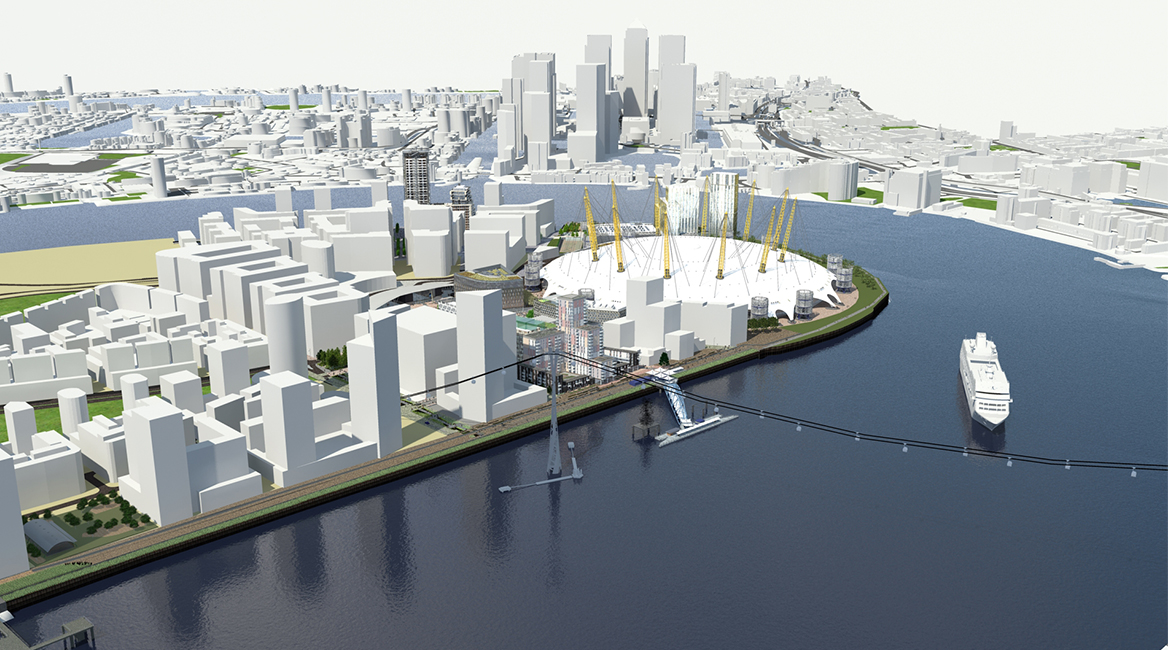 London is obviously no stranger to regeneration megaprojects but it has rarely seen one like this. Chinese developer Knight Dragon’s mammoth £8.4bn overhaul of the former gasworks site at Greenwich Peninsula promises to be one of the biggest regeneration projects London has ever seen undertaken by a single developer.

Measuring over 150 acres it is twice the size of King’s Cross Central and offers an astonishing 1.6 miles of riverfront. It aims to provide 15,720 homes in order to sustain a residential population of around 34,000, more than nine times the size of the Barbican. It will include a commercial district that will offer 3.5 million ft² of retail, offices and hotels and it will also feature two schools and a film studio.

The development’s accommodation will be primarily distributed across a collection of futuristic high-rise towers arranged around almost 50 acres of green space and reaching up to 40 storeys high. The project has already been approved by the mayor of London and the Royal Borough of Greenwich, with the latter awarding outline consent for the masterplan in 2015. Although the scheme isn’t expected to fully complete until well into the next decade at least, several of its smaller buildings are already complete and construction is under way on a number of its major blocks.

The site is split into seven “neighbourhoods” arranged around a skinny stretch of green known as Central Park. The scheme is expected to take up to 20 years to complete and will include 15,720 homes providing a density ratio of at least 400dph (dwellings per hectare). This is considerably more than other east London regeneration schemes such as the Ocean Estate (261dph) and Bermondsey Spa (333dph).

Super high-density within a British urban context is commonly recognised as any scheme that provides more than 150dph. While this ratio is easily exceeded by many traditional London residential typologies (the mansion blocks of London’s Kensington and Victoria regularly achieve densities of up to 300dph) the mean density of all schemes in London granted planning permission in 2004–5 (when the first Greenwich Peninsula masterplan was produced) was 125dph, a figure that has steadily but not dramatically increased since.

Of course, providing as many new homes as possible is currently an economic imperative in order to abate the London – and national – housing crisis. So statistically, this injection of new homes is a welcome boost..

In addition to its two new schools, Knight Dragon has also committed to the construction of a 15,000ft² “innovative wellness hub” (a medical centre). Also, three public transport infrastructure upgrades have been promised at Greenwich Peninsula. The first is an upgraded and expanded bus station to replace Foster + Partners existing North Greenwich interchange. The second is the expansion of the Thames riverboat Clipper services that provide links to central London and Woolwich. And the third, which has not yet been confirmed, is the possible introduction of a commuter ferry shuttle to Canary Wharf, modelled on the famous Star Ferries of Hong Kong.

Other improvements are planned in tandem with Transport for London. The Jubilee line’s capacity in 2017/8 will increase by 20% due to re-timetabling and the new bus station will handle an additional 30% in bus capacity.

Knight Dragon will also introduce a lower car parking ratio of 0.25 spaces per dwelling across the Peninsula to reduce car reliance and has revealed plans for a site-wide car club. The developer also cites the existing Emirates Cable Car in 2012 as giving “excellent resilience” to the local transport network.